After many, many months of twists and turns that has transformed beautifully, I have finally completed my new haiku website, intro course and my very first book!

It’s close to a year and a half ago that I was sparked with an idea to create and develop a course that incorporated all of the things that are close to my heart and am inspired by. At first it was a big book, then over time it evolved into a smaller book and a short introductory course for people to get a taste of what this thing called “haiku” is all about.

Everyday Haiku was created 10 years ago, when I first started writing haiku poetry. At the time I was following the classic 5/7/5 syllable count, as most who know a little bit about haiku would. Along the way I connected with the haiku community and have been blessed with meeting some amazing haiku poets and have learned so much. The Vancouver Haiku group has a been a source of inspiration, knowledge and growth with my writing. By creating these courses, I have learned a lot and as a result have become a much better haiku poet.

When I first started out, I was participating in several high-end craft fairs in and around Vancouver selling book-marks, greeting cards, magnets, wall art and small books. I also had some of my work in a few local gift shops. After a couple of discouraging years I put Everyday Haiku on the shelf. I kept saying that I would do something with it and knew in my heart for a very long time that I would but I didn’t know what that would look like or how it would happen. This went on for about five years! It was a quiet whisper that was always there patiently waiting for the right time to come and I trusted that it would.

And one day it finally did … It was in early July 2015 when I saw a post on Facebook of someone teaching poetry, or at least that’s what I thought it was. It turns out that it actually wasn’t, but it sparked the idea. The idea to teach haiku and design in a way that will inspire people to be in moment, get creative, get outdoors and become more peaceful.

So, I was super excited and got busy writing and designing my book and wanted to get it out as soon as I could. But, of course life likes to throw curve balls along the way such as having to move and then having to move again … I persevered through this period of upheaval and found that my haiku project helped me through a period of unsettled moments and uncertainty. Patience has been one thing that I’ve needed to practice many times!

All of my endurance has paid off and I’m so excited (and a weee bit scared) to be putting Everyday Haiku out there for others to learn from and be inspired by. To learn more about my story you can get my book How Haiku Found Me.  I talk more about how haiku inspired me to lead a life of simplicity based on the principles of awareness, being in the moment, and living with purpose.

I will be developing more courses, books and journals in the coming months that I will be sharing with you soon. 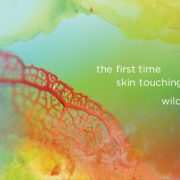 My passion for haiku and design 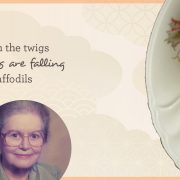 My Story: how haiku found me 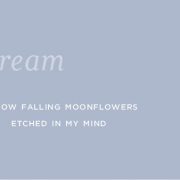 What haiku poetry can do for you
0 replies

Want to join the discussion?
Feel free to contribute!

Recent
Popular
Comments
What haiku poetry can do for you

The seasonal shift from fall to winter
Scroll to top